White. They hung in neglected ringlets around her nape. She tossed them aside carelessly, and paused. Patterns encircled her courtyard. Her eyes crinkled as she looked for symmetry. She drew a long breath and knelt before her door. Her shoulders stiffened into despair for her lines had strayed from their path. They always did.

We spotted her from our balcony. She scarcely lifted her head. Her hands trembled in the summer winds; her voice lost in the shadows of sound. She soon went away just as she arrived making her presence felt all along.

Arun fussed in our room with the broomstick. Upon insisting that he needn’t take the trouble to sweep the floor, he sat down on a plastic chair, beside the window. We wondered aloud if we should find a lodge since we didn’t want to cause him or his family any inconvenience. “No. That won’t be necessary. Why would you want to spend unnecessarily? If we have to do something, we have to do it together. We are in this together,” he said with a warm smile.

It was almost 8 am. We spoke for a while discussing everything we had in mind. We also shared with him the possibility of Marullusiddappa uniting and inspiring farmers in the region to practise natural farming aside from adopting progressive farming techniques; those that deter farmers from being captives of debt and misery.

“It’s possible,” Arun declared at once. His face was shrouded in concern as he muttered, “Marullusiddappa is a sincere man. His greatest strengths lie in imparting knowledge on traditional techniques whilst nurturing an integrated but efficient agrosystem. He can guide farmers, no doubt. But he is no leader. He requires a strong support system. And, he needs someone who will be able to organise farmers in the village. He won’t be able to do it on his own. We need to find someone who shares a similar vision and philosophy to assist him.”

An old newspaper caught his attention. He stretched out his fingers and traced letters that had disappeared over time. There they were again. Names of importance. Names of consequence embedded in the minds of all. Names that made an appearance in the unguarded passes of our minds. Mostly ineligible but all too familiar. Human, nonetheless. Amidst crumpled leaves, we caught glimpses of them once more — forgotten declarations. Unfulfilled promises, lost in faded ink…

“Reddy too tried his hand at natural farming for a while. However, he didn’t last very long. Due to his economic situation, he feared he might suffer major losses which could have had a disastrous consequence on his income. He said he couldn’t afford to gamble with his farm. So, he quit. Despite people showing great interest initially, they always gave up after a while. Five years is all they could handle. It’s too much work, some said. Others believed it was a futile attempt altogether. ‘Why should I put in so much effort?’ they asked us. We fought quite a bit to keep the philosophy and vision afloat but we didn’t get the requisite support from our farming community. So, we stopped trying after a point. But I haven’t lost hope yet,” he said with a grim smile.

We were to visit Jagallur at 2.30 pm. Arun rang up his friend, a human rights lawyer, and informed him to meet us there. Over the past decade, he has handled several cases of atrocities committed against farmers in this region. Much to our dismay, he was caught up with legal work due to the impending elections. “There are several heart breaking stories he has shared with me that don’t get told quite often. Stories of cruel torment. These are incidents that don’t warrant any importance in our papers. We will drive to Jagallur in the morning. Let’s go to Kurudi and spend the night there. You can see the house I grew up in,” Arun suggested.

In a short while, we decided to leave Davangere. On routes that bent wayward, Arun asked us to drive along farms that once bespoke of great realms. Unhindered signs of decay drifted alongside these paths. Long before noon, we were surrounded by farmlands bathed in hues of gold and green.

“This belt is drier than Shiriganahalli,” Arun said in whispers, “And, yet you will see a vast variety of crops being cultivated here. Unlike the former settlement, farmers in this region are willing to experiment with their techniques. They say this is a fertile belt. But they have no water. Farmers sit helplessly watching their farms dry before their eyes. Their struggles are incomprehensible. Sometimes, I feel the odds may never be in their favour.”

A few miles away, some toddlers broke into a run yelling profanities at one another. A smile crept unbidden on Arun’s face. He watched them prance around paddy fields declaring their territory as they walked into forbidden lands.

“Take the turn up ahead. It will lead you to a narrow path lined with tiny houses,” he said. Wrapped in a winged whirlwind, a few leaves rose and set on abandoned farms, that day. Stacks of dried corn husks glistened in the sun as a flock of birds twirled in unsightly winds making bold advances towards the pile. 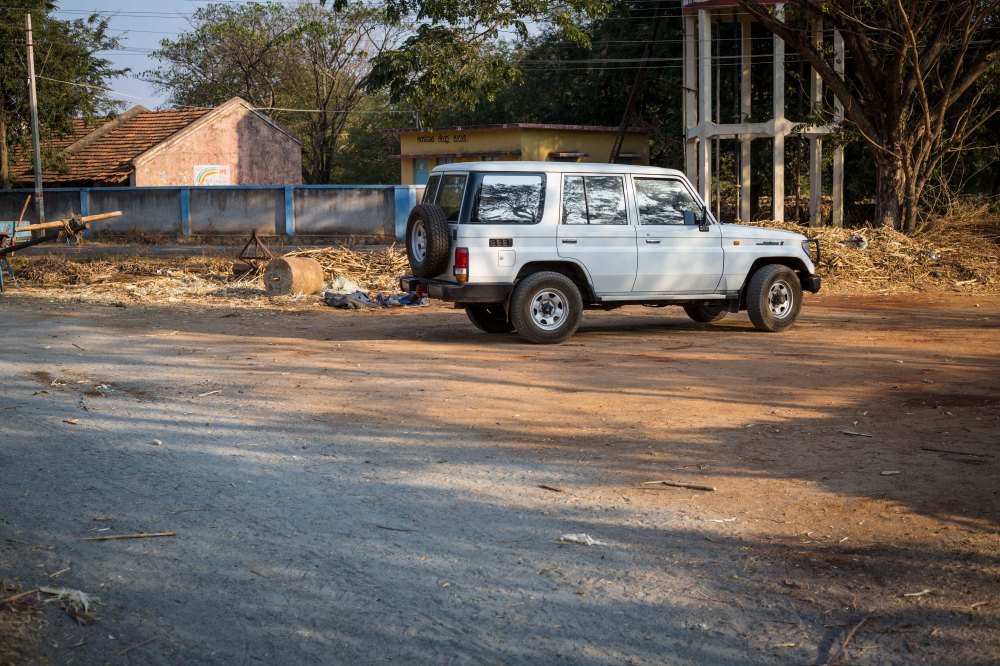 In the empty shadows of a courtyard in ruins, sat a lone tree. Long and crooked were its stem that swung with rage in occasional gusts. Underneath it, sat an old man with a sickle beside his feet. They were cracked just like the earth beneath him. Perhaps, he sought solitude in its shadows, but he sought in vain. For, its flailing arms darted to and fro. And, in its loudest creaks hid wailing whispers of deceit. He heard them all, that afternoon…

“Ground water levels have fallen considerably over the years. In hopes of reviving their farms, people dug up borewells at an alarming pace. Everyone was looking for water but rarely found enough to keep their farms sustained. Diminished rainfall and drought have only worsened the situation in these villages,” explained Arun pointing at arid patches of land in the vicinity, “Yet, you will find glimpses of lush fields in a few corners. Many give up but some fight till their last breath.”

We drove straight through rickety roads before coming to an abrupt halt beside a farm. Arun sprung from our vehicle and walked excitedly towards a cluster of palm trees. It was his ancestral land. His grandfather tilled the soil for decades before handing over the reins to his children. The farm was eventually split amongst his sons. Each of them cultivate whatever they can now and earn a living from the land. 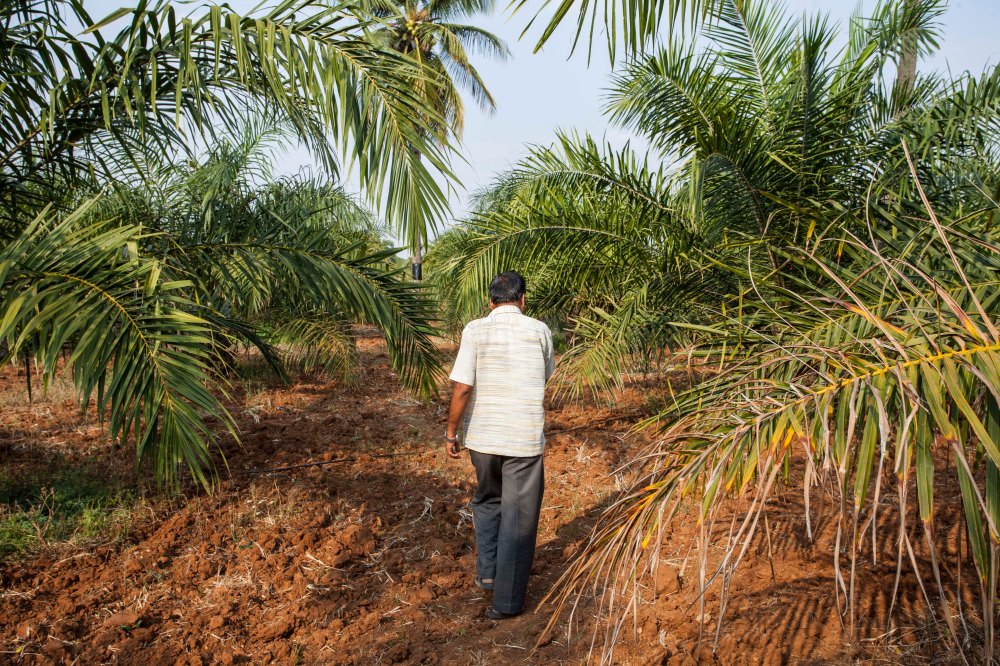 He bent down to examine the soil around his palm trees. He ran his fingertips over the micro-tubes ensuring that they were in order. Despite severe water shortage, the trees had grown to considerable lengths. Edible palm oil provided a decent source of income for most of the farmers in the region. 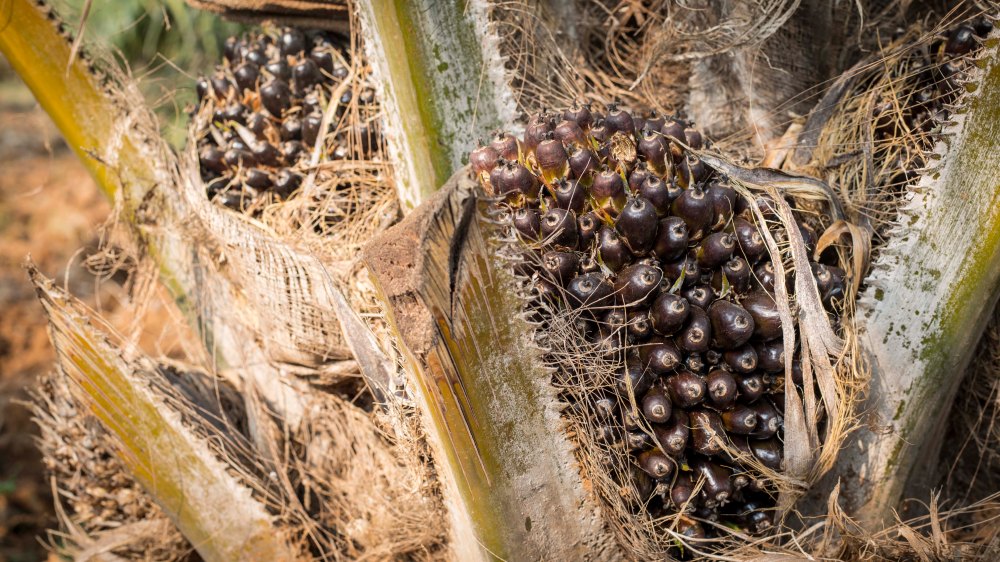 “I grew up here,” said Arun with a beaming smile. “This was my playground. We would run into fields and stake our claim on trees and shrubs. Those were different times. Everything around us thrived with life. Now, we are struggling to keep our plants alive.”

We took a quick stroll through his farm. In moments, he led us to the edge of an open pit that once served as a well. It was here where children first learnt to swim and farmers stored enough water for their crops. Dry and barren, it stood lifeless in the fields. Stacks of hay and broken wigs were strewn all over the trench. Arun’s forehead creased into grim lines as he reminisced his childhood days. “I remember jumping into these wells when I was a young boy. We would often come here in summer. Now, it is yet another dump-yard for straws and garbage,” he said shrugging his shoulders. 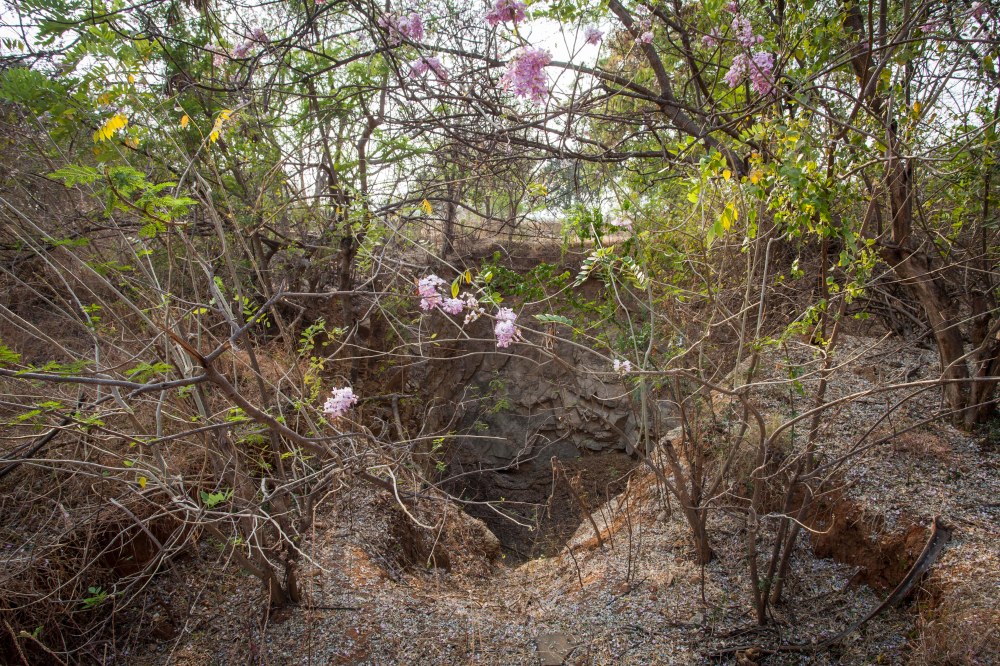 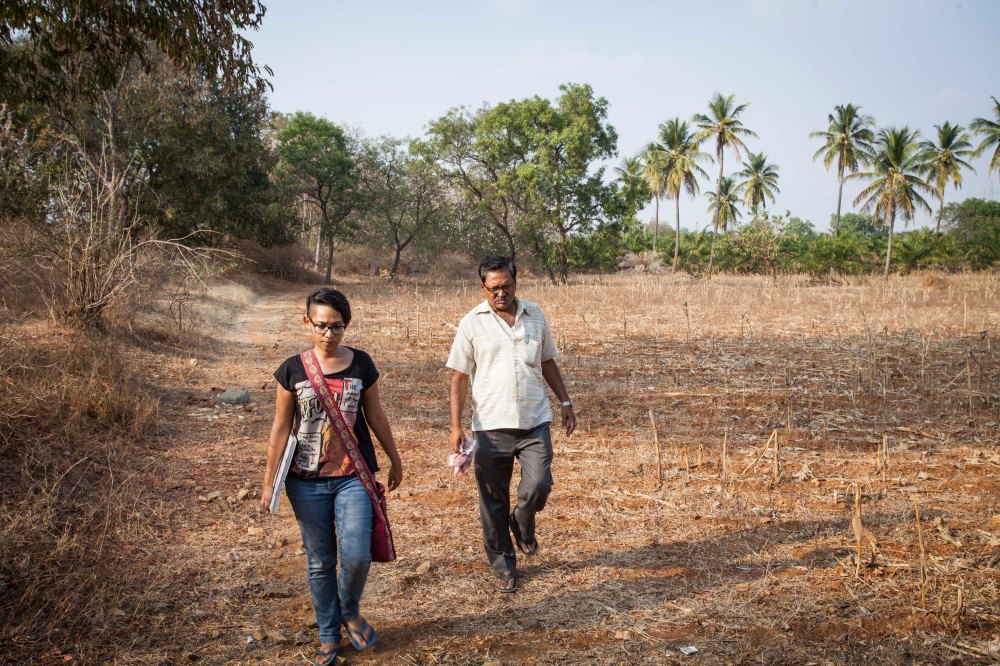 We soon decided to head towards Arun’s home. Soaring stalks of sunflowers surrounded our pathways as we drove into unknown passages. Their slender blades sparkled emerald in the evening sun.  In a grand symphonic gesture, they bowed to the earth while gentle winds hummed ballads of harmony… 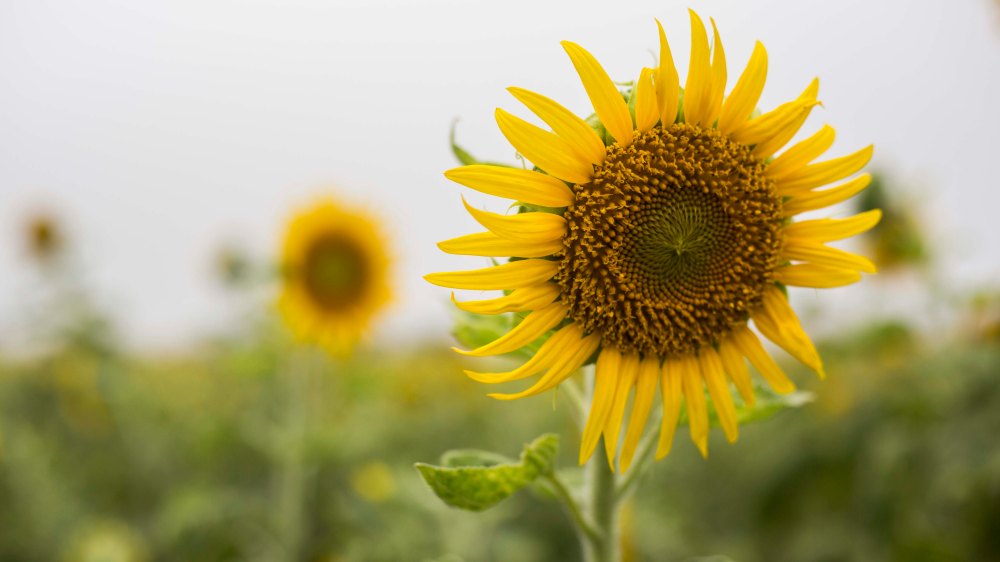 Through  ‪#‎RestofMyFamily‬, we will focus on highlighting social issues and human interest stories, documenting the triumphs of the ordinary man despite all the hardships they face constantly, and help these stories reach a larger audience and wherever necessary extend support to the individuals and communities that we write about. We hope to make a direct impact to the lives of those people we meet and find suffering due to various social issues; to connect the ones who need help to the ones who can help…. As a part of the first leg of the project, we have now embarked on a one-year drive (#DriveForChange) through rural India. Find more about the campaign here: http://igg.me/at/restofmyfamily/x/539502